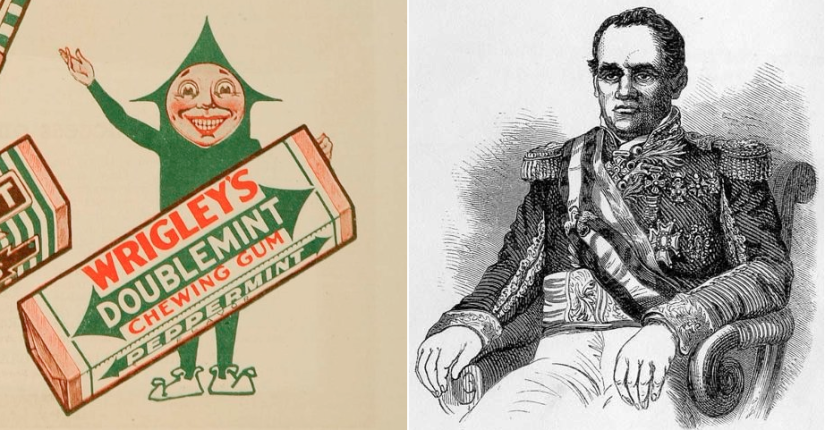 The Wrigley’s Man and Santa Anna. What do these guys have in common?

According to an article from Chemical & Engineering News (of all places), the average American chews 300 sticks of gum per year. However, gum has been around far longer than the United States; the ancient Greeks chewed a chewy tree sap they called “mastiche”, and in the Americas, the Mayans and Native Americans in the New England region also enjoyed their own region specific varieties of tree-sap.

The first attempt to produce gum in America occurred in the mid-1800s when a man named John Curtis attempted to sell small sticks of spruce-sap chewing gum. His “Maine Pure Spruce Gum” failed to be chewy enough to satisfy customers and the product never caught on. It wasn’t until Santa Anna (a Mexican political leader and the same Santa Anna that fought against Texas forces during the Texas Revolution) and an American inventor, Thomas Adams collided that chewing gum as we know it appeared. In 1869, a decrepit, aging Santa Anna was exiled in Staten Island, New York and planning to raise money to take over Mexico City. Santa Anna hoped to cash in on the booming rubber business and to fund his machinations by importing a specific type of rubber produced by the sapodilla tree, called chicle. Although chicle never worked out as a substitute for rubber, Thomas Adams discovered that heating up the substance and adding some sugar produced a delightful treat.

By the 1870s, Adams had created a gum manufacturing machine and his own company, Adams & Co. which produced the flavored gum called Blackjack. Soon other gum manufacturing companies such as Wrigley’s popped up. The event of WWII and the inclusion of gum in soliders’ ration packs increased the popularity of chewing gum world-wide. Unfortunately, for sapodilla trees, the demand for chewing gum exceeded what they could produce. Synthetic alternatives were subsequently created, and nowadays, Glee Gum remains the only chewing gum in the United States still containing chicle. 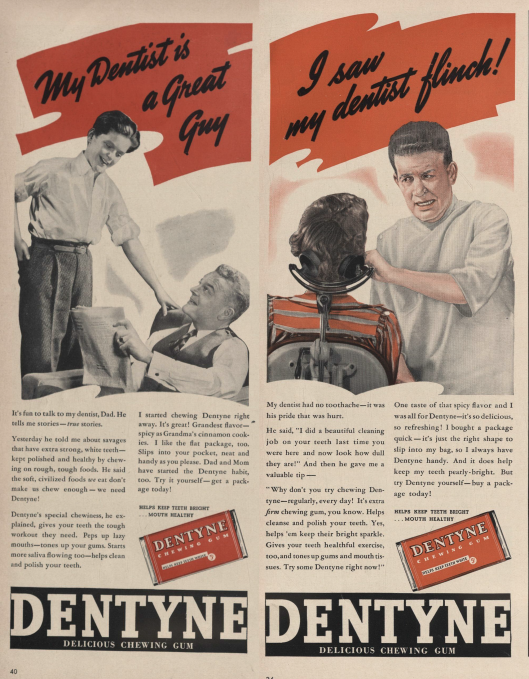 Another Beech-Nut Gum advert, also from 1940.